I Just Don't Know What To Think About That 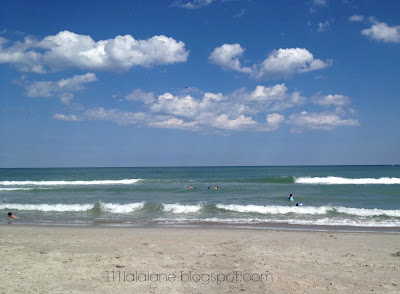 Hey y'all.....just a little Friday catch up. Nothing much going on here, except that we're having a heat wave. I'm staying indoors as much as possible and working on some indoor projects. I've been doing my bike riding very early in the morning. Like 6 a.m. early. It's just necessary! It's like a two-bottle-Gatorade necessary. And for some of the shorter rides, I'll do those at the gym on a stationary bike.

Lately, I've experienced a series of things that have me scratching my head and I've caught myself saying out loud, "I just don't know what to think about that!"

1) A couple of weeks ago, when I was leaving the lake, I got to the end of our driveway and saw a man in a pick-up truck parked on the side of the road. I wondered if he was having trouble with his vehicle. But NO, that wasn't the case at all! He was releasing a raccoon from a trap, in my neighborhood!

2) I pulled up into a parking space at Target the other day and an older lady pulled in beside me just about the same time. Before I could gather my purse and get out, she opened her car door and just sat there. I waited....and waited...and just as I was about to blow the horn at her, she saw me and closed her door. She apologized and said she had just gotten a call and was worried it was about her husband, who was at home sick. Apparently, she didn't answer quick enough and missed the call. I guessed she was trying to call the number back....the reason she sat there so long. She wasn't successful in getting through, apparently, because she said to me....."Well, if he's dead, there's nothing I can do about it anyway. I'm going shopping."

3) I was leaving the gym the other day and noticed that again, someone had pulled into the parking space beside me and had their door open making it impossible for me to get into my car. As I approached, I over heard the man, who was sitting on the passenger side, say to his wife...."Alright, you are starting to get on my nerves!" Then the wife said, "Well, don't come with me then!" Just then he realized I was standing there and got out of the car and proceeded towards the gym. He looked the other way. I felt really embarrassed for him, but then.....his wife got out of the car. Wow! I changed my tune real quick. Maybe she is a tyrant, a hen pecker or a nagger....I don't know. But the look on her face as she exited the car, heading into the gym, told it all. I felt so sorry for her!


Have a good weekend, I'll be back on Monday with tales of my bike rides on Saturday and Sunday. Pray for a breeze or a rain shower!

Email ThisBlogThis!Share to TwitterShare to FacebookShare to Pinterest
Labels: things that make you wonder