Cats make me laugh out loud.  And for Lord's sake, who doesn't need a good laugh. So, for your lighthearted enjoyment today......I present Kitter.

You remember Kitter, right? Kitter is Whitney's cat and they live in Denver. Her real name is "Jordan", but she only gets called that when she's in trouble with her Mama. Kitter, also, provides Whitney's entertainment while Jason's at work. One day, I'll have Whitney guest post about their (their= Whitney, Jason, Kitter and Morgan, the Great Dane) move across country. It was epic! Occasionally, Whitney sends me texts telling me what the grandkitter's been up to. Below you'll find five photos with subtexts of said Kitter's shenanigans. Enjoy! 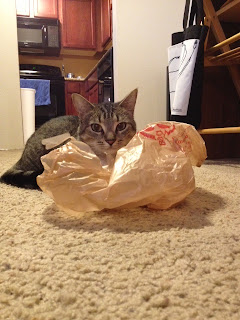 Whitney: Kitter went grocery shopping.
Me: The look on her face says, "I can not believe I forgot the tuna"! 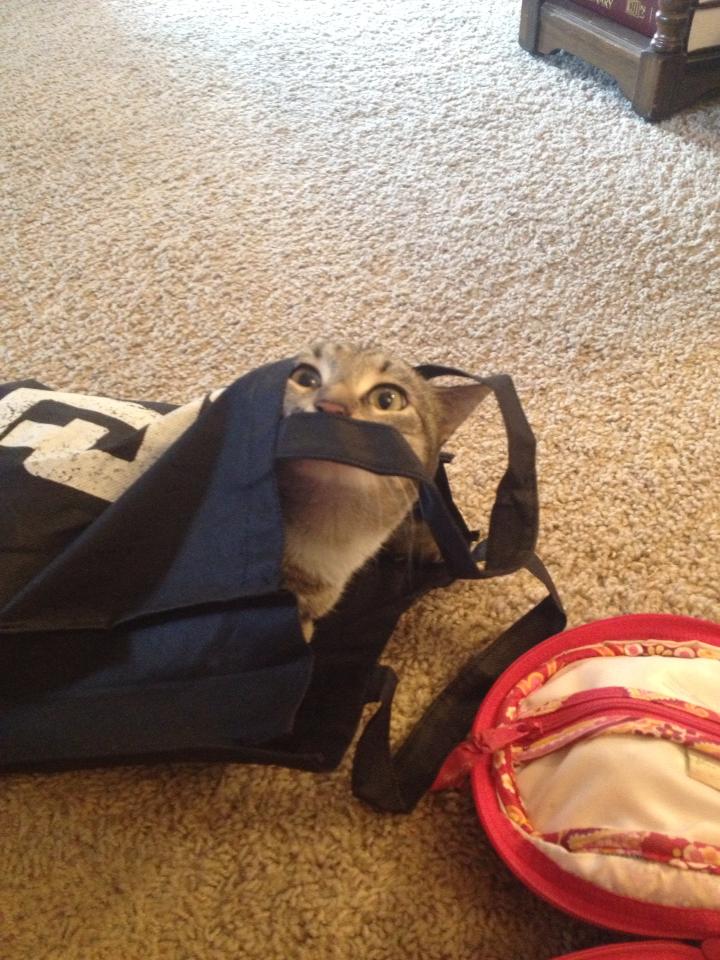 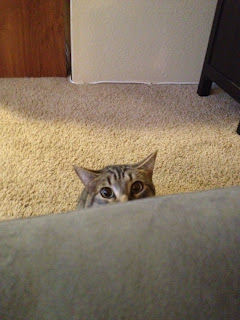 Whitney: Jason and I are in danger. Kitter's been planning an ambush.
Me: Looks like it. I would run, if I were y'all. 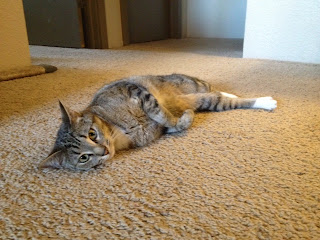 Whitney: Woe is Kitter!
Me: What happened?
Whitney: She fell over. 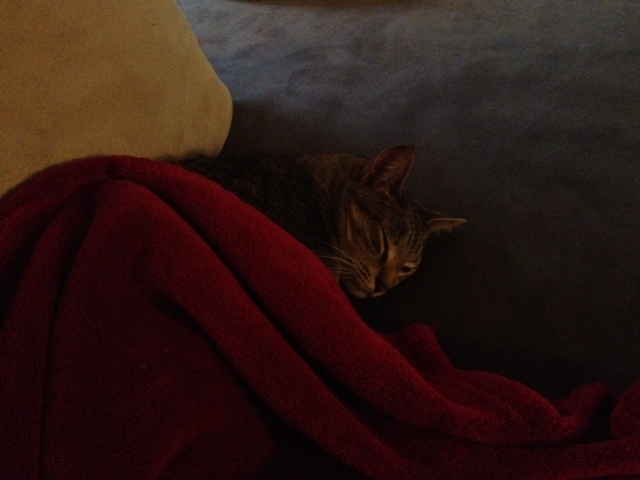 Now that Kitter's a celebrity, she's getting the Royal treatment!

Email ThisBlogThis!Share to TwitterShare to FacebookShare to Pinterest
Labels: kitter