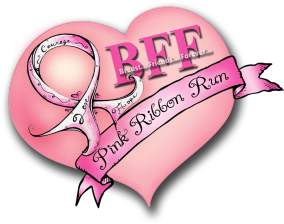 It dawned on me this morning that I have not posted any of my running stats lately. So, aren't you in for a treat?

As you recall, one of my goals for 2013 is to run a few 10K races and then a half-marathon later in the year. And I'm happy to report that I am well on my way of meeting those goals. The ITB problem I was having has pretty much cleared up now after many, many days of stretching and rolling the leg.

I racked up 41.44 miles in January. Most of those were spent on the elliptical, however, and a few on the bike. I was able to start back running slowly and with low miles the beginning of February. The third week in though, I had to start ramping up the miles because I needed to train for an upcoming 10K. So by the end of February I had run 48.39 miles. That's a good start and I hope it is enough for the race. Now into March, I already have 6 miles under my belt or should I say feet and I plan to run 4 today.

Saturday is the BIG day. It will be my FIRST 10K (6.2 miles) race. The race is the BFF Pink Ribbon Run in North Myrtle Beach and I'm equally excited to run this 10K because I will be running it for my cousin, Terri Scruggs...a 16-year breast cancer survivor. I love that girl! And she will be on my mind the entire 6.2 miles.

I'll post stats after the race.....in case you were wondering.

Hope you get up, get out and do something for your health. "Just put one foot in front of the other and soon you'll be walking out the door". Now go get healthy! You deserve it!