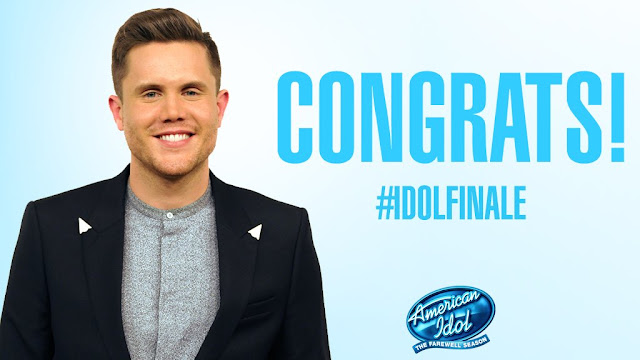 Whew, Lord. I don't know how I'm going to survive. I mean, for the last 10 years, American Idol has been my show. I scheduled everything around it. I wouldn't take phone calls or even have conversations with my family, when Idol was on. And now, they just up and called it quits.

I will grieve and suffer. There's just no sugar coating the gamut of emotions I will go through. Will I come out of this unscathed? I doubt it, but we'll see. Ha!

I didn't start watching American Idol until the last couple of weeks of Season 4. I didn't even know the show existed until then. I had been knee deep in x-ray school and had no time for television. But when I did start watching it, I was all over it. I knew everything about every contestant. I could predict who was going home and even the final two. I rooted for Taylor Hicks in Season 5. I still remember his audition song and the way he looked, when he sang it. I was shocked, when I heard him start singing Sam Cooke's "A Change Is Gonna Come". Honestly, I thought he was a little touched at first from the way he threw his head to the side, after finishing his songs. In the end, I was his biggest fan. I knew he would win. I got angry the year that David Archuletta didn't win and I threatened not to watch the show any more. But, I couldn't resist. I was back at it again the next year. I've laughed and I've cried during the shows, none more than this final season, though. Kelly Clarkson had me in tears with her latest song, "Piece By Piece", and Keith Urban did too, as I watched him cry. I could tell you countless stories.

In this post, I sadly say goodbye to one of the best shows I've ever watched on television. I never missed an episode. Never. One of our friends brought his television to a horse ride one year, just so I could watch the show....heck, I even watched it on my iPhone one evening, sitting in the boat while Cliff fished. It was better than American Bandstand. American Idol has produced some amazing singers over the years. Thursday night's finale was the best. I knew Trent and La'Porsha would be in the finale. The show ended it's 15-year run with two of the best singers gracing it's stage, in my opinion. I am glad Trent won, he was my favorite......even more than Taylor Hicks. I can't wait to see what he does with his music career.

As Ryan Seacrest said his last goodbye, I couldn't help but wonder if he was trying to tell us something. He said, "Goodbye for now."  Did anyone else catch that?

P.S. You may think this post is silly, but that's ok. I'm really posting it for posterity's sake. I want my children and grandchildren to know what floated my boat....as if they had no clue. HaHa!