Lidia and Sawyer spent this past weekend with us. Cliff still wasn't feeling too well, so entertaining the kids was my job. I'm not as much fun as Cliff. But as it turned out, they really enjoyed hanging out with me.....even though, I don't play in the woods. 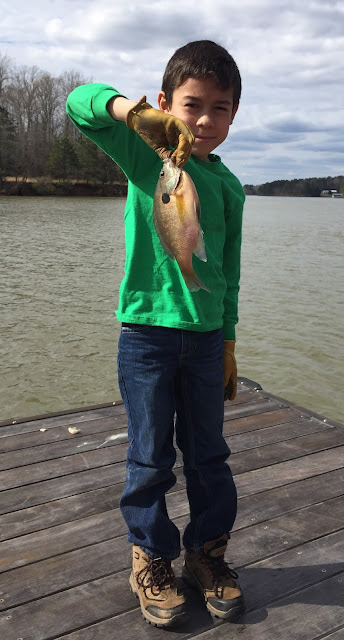 Lidia and Sawyer fished from the dock Saturday and Sawyer caught the first fish of the season.....a nice sized bream. He threw it back because no one around here felt like cleaning a fish.

Then it was time to go explore. We drove down back country roads until we saw something we wanted to ponder or take a closer look. There was definitely beauty among the ruins. You just had to pay attention. 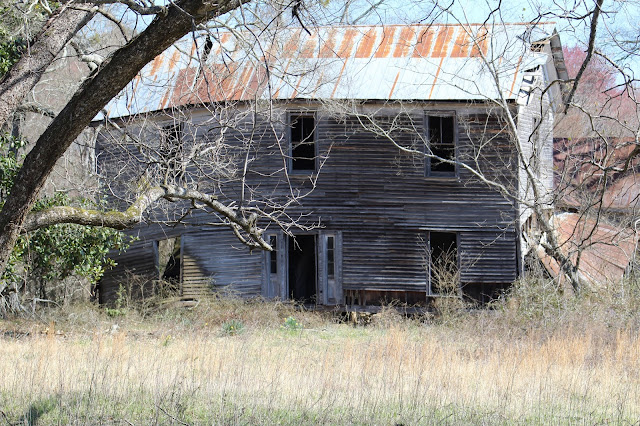 I love old barns and abandoned buildings. There is always something beautiful to behold. The following holds true..... 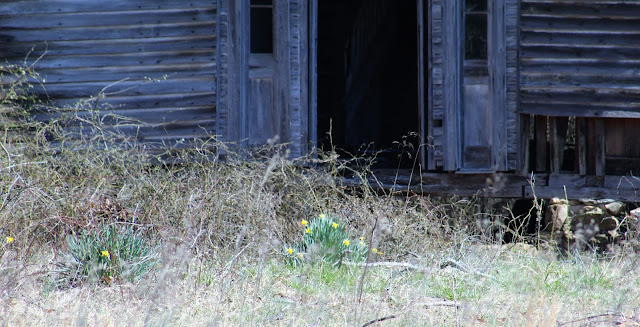 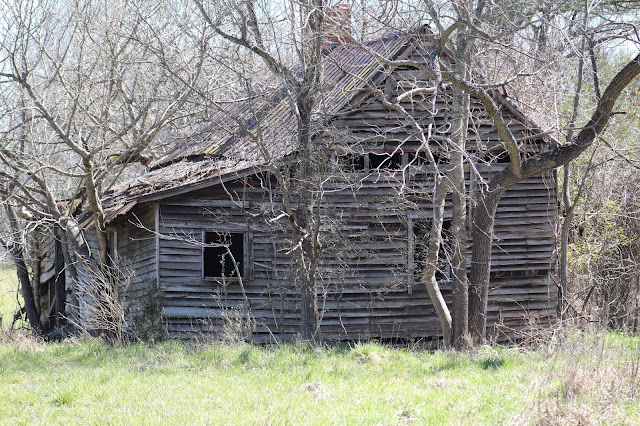 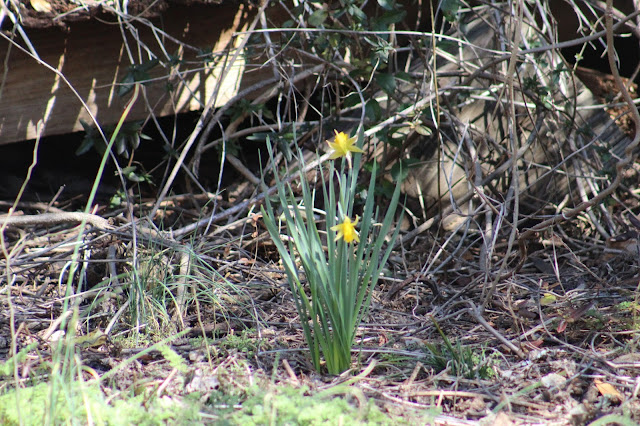 At first, you see the brokenness. And on closer inspection, you begin to see the beautiful details. In this instance....daffodils. 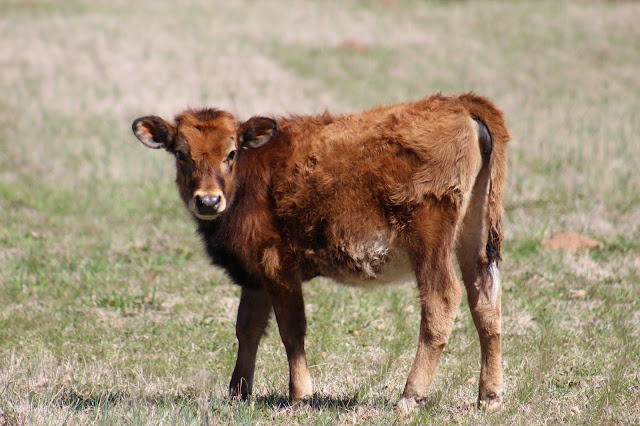 Then there were cows! This little cutie was just standing near the road. Lidia swooned all over him. She really wanted to put him in the car and take him home. 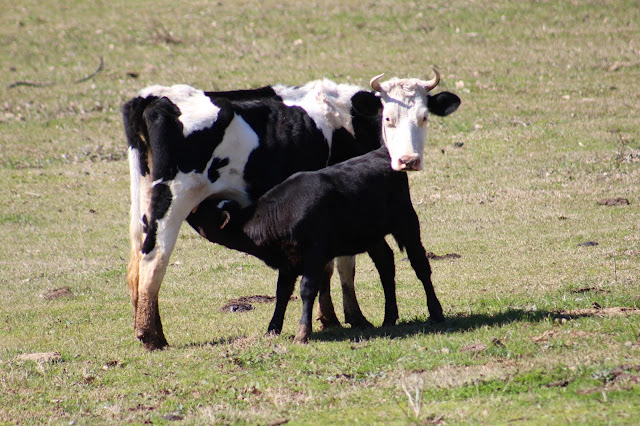 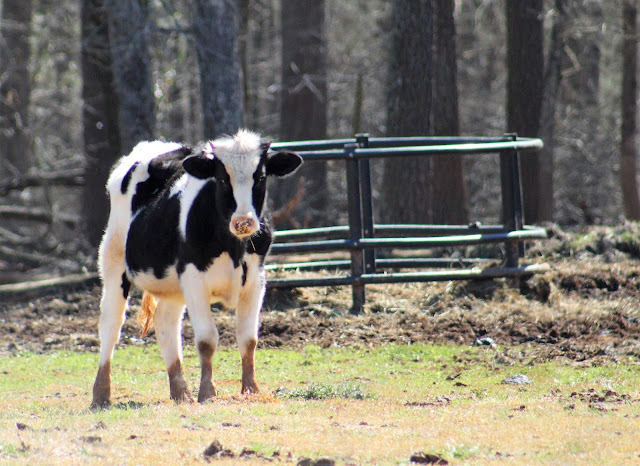 And then, Lidia spotted the Chic-Fil-A cows. Glad we know where they live! 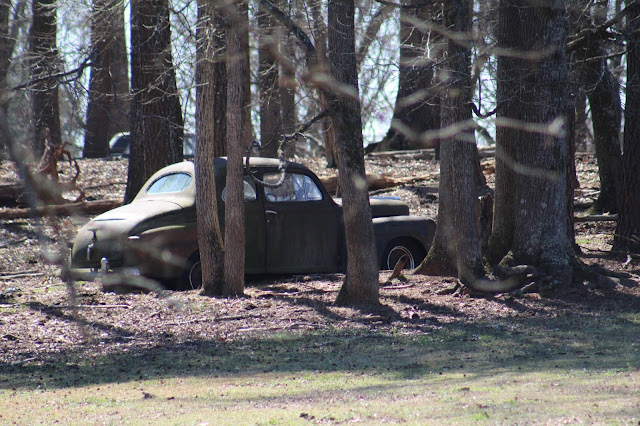 Next, we saw this old car parked in a cow pasture. Something tells me the car was there first. 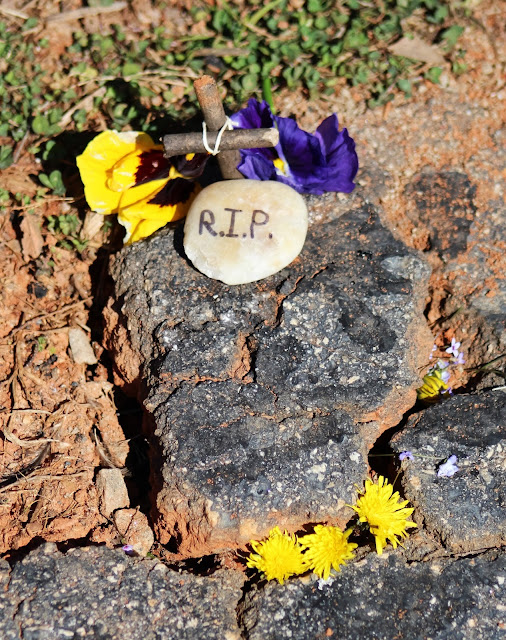 Before it was over, we ended the weekend with a funeral.

Lidia and Sawyer found a dead lizard and had to give it a proper burial. But before they could bury him, they had to give him a name. Deputy Lizard it was. They searched the yard for just the right spot to bury Deputy Lizard. Of course, they had to make a cross and Sawyer said he needed a headstone, too. So, they buried the Deputy and adorned his grave with a cross, a headstone and flowers.

It's never dull around here!