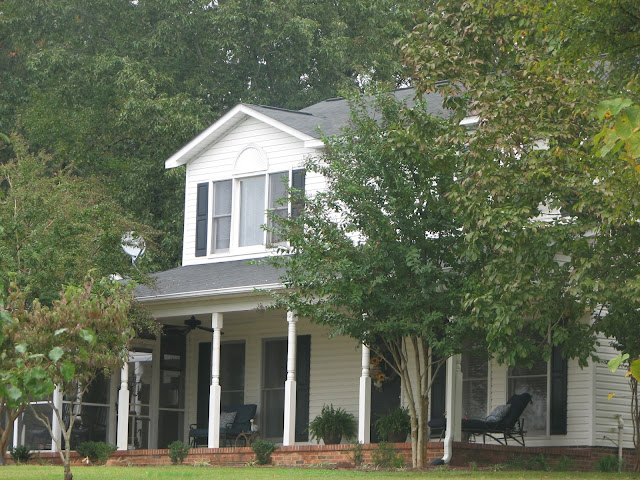 It's raining, again!
Sawyer fell in the lake.
Lidia just about laughed her head off at him.
He had to strip his clothes off in the garage.
Later, he stepped in an ant bed and had to strip his clothes off again...this time in the kitchen.
We had potato soup for dinner.
I nearly cut off my finger slicing the potatoes for the potato soup.
Whitney likes to give me a heart attack...she thinks she wants to become a pilot and work for Swiss Air.

Excuse me while I go take an aspirin and nitroglycerin pill.

On a serious note.....IT IS RAINING, again!
I don't know how much more my hometown of Andrews can take.
There is so much devastation.
Please continue to remember them in your prayers.

Even in the wake of such devastation, it is very heartwarming to see how people of our town, state and neighboring states have come to help, however they can.
Helicopters flying nurses with medical supplies into areas inaccessible by car.
Donations of clothing, food, toiletry items, baby diapers, bottled water and all sorts of necessary items are being collected and distributed all over South Carolina.
Neighbor helping neighbor!

Did you hear what LSU did for the Carolina Gamecocks?
LSU was supposed to play the Gamecocks in Columbia this weekend.
But, due to the catastrophic floods in Columbia last week, LSU welcomed the Carolina Gamecocks to play on their field, instead. It was such short notice, but that didn't stop LSU's band from learning USC's fight song to play for the Gamecocks and for the warm welcome the Gamecocks received from the good folks of Louisiana.
And to top it off, LSU is donating the profit from their ticket sales to help the people in South Carolina.

Doesn't that give you goosebumps?