Flight of the Dove

We had a crazy busy Saturday at the lake. Don't worry, I'm going to keep it short. It all started early that morning with a 14-mile bike ride. The ride was called Flight of the Dove, benefiting Hospice of Lauren's County. And, in light of the name....they released doves to fly over us just before the ride began. 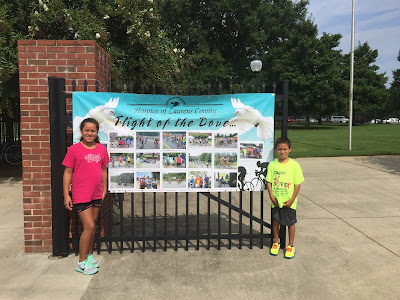 Cliff, Lidia, Sawyer and I joined hundreds of people in Clinton to ride for this cause.
Some rode 100 miles, some rode 60, some rode 30 and then there was us. 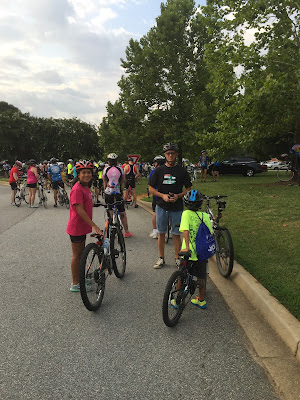 We rode the family fun ride of 14 miles.
We rode on some pretty country roads with a few gently rolling hills. 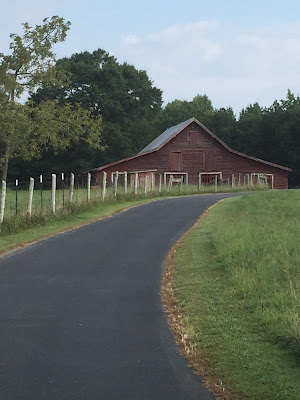 There were barns and cows. 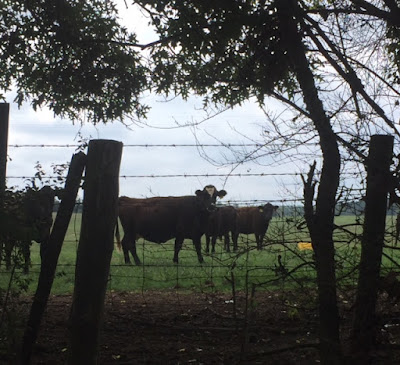 The cows were curious enough, until I jumped the ditch...haha! 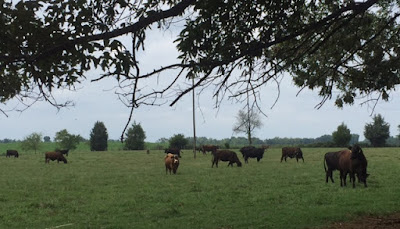 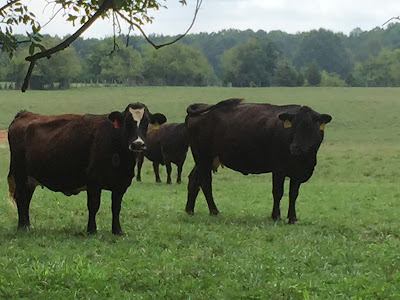 When we stopped to take pictures of the cows, I had to jump a ditch to get close enough.
I scared the bejeebies out of the cows and they took off running. HaHa! I almost started a stampede. But they only ran a few feet and then settled down enough to turn and look at me, trying to figure out who or what the heck I was. 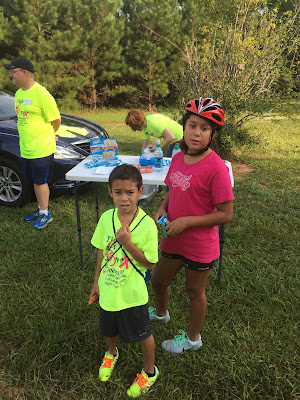 L&S were starting to get tired. It was a good time for a snack.

Lidia and Sawyer rode like champs. We made sure we had plenty of Gatorade and snacks for them. Sawyer, in particular, runs out of gas pretty quickly. So we stopped several times for them to get a drink and then about half way for a piece of a PB&J that I had packed for them. We didn't know it, but just down the road at the half-way point the ride organizers had snacks for us. So we stopped again. 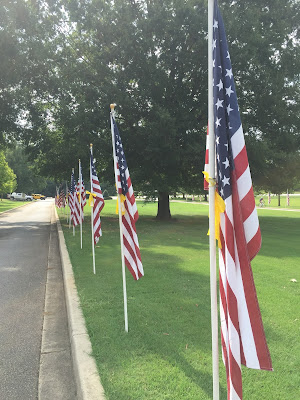 Flags with yellow ribbons lined the avenue on our return route.

We left the rest stop and continued down back-country roads until we had made a huge circle around the outskirts of Clinton. We arrived back to the Presbyterian College Stadium, where the race began. 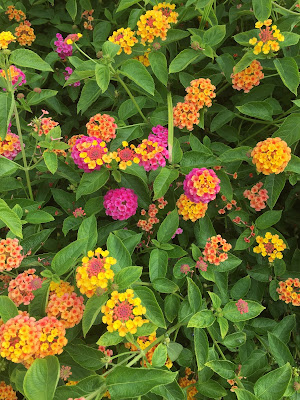 I saw these Lantana on the grounds of the stadium in full bloom and looking glorious.
Betsy Brock, these are for you.

The organizers of the ride had a delicious meal prepared for us at the end of the ride. But before we could sit down to eat, L&S had to have a massage. 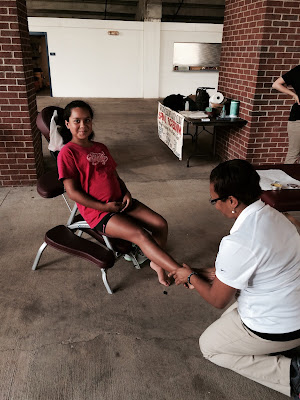 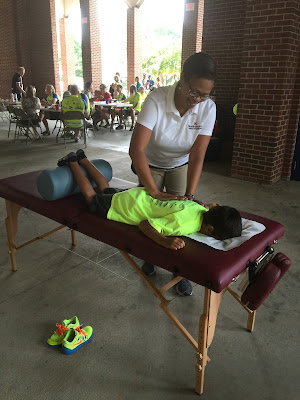 But, Sawyer wanted a back massage. 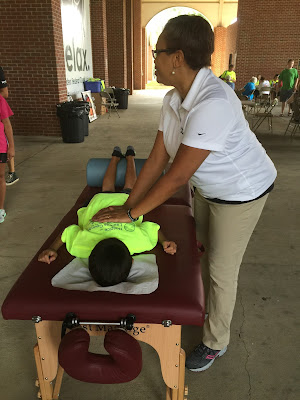 The masseuse was as excited to give Sawyer a massage as he was to get it.

After all was said and done, we were so proud of Lidia and Sawyer for being able to make the whole 14 miles. They were awesome! 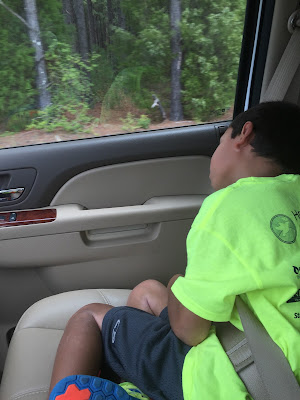 Sawyer was pretty tired after it was over.

In addition to the bike ride, I had planned a surprise birthday cookout for Cliff. I had the help of his mama and Emily or I wouldn't have been able to pull it off. They stayed back at the house and prepared the food and cake, while we rode bikes. They hid the food and cake pretty well, before we got back home. We had a couple of hours before guests were to arrive. Ms. Wanda, Emily and I spent that time tracking Cliff's sister on the Find My Friends app, while he took a short nap on the couch. His sister and her husband were the first to arrive shortly after he woke up and he was surprised to see them, but what he didn't know was that there were more guests to come. He asked at one point what were we planning and I just told him that we were going to grill chickens. Emily started grilling while Ms. Wanda and I started bringing out all the food. And as the other guests arrived, he was pleasantly surprised to see them, too. I was glad we were able to pull it off without him finding out. He said, "I was wondering why you had two pitchers of tea in the refrigerator". HaHa!

So, we had a great time with Lidia and Sawyer, riding for a good cause and then celebrating Cliff's 60th birthday and our 35th wedding anniversary. Yep, we got married on his birthday. He planned that just right!

Sunday was laid back....everyone kind of did their own thing. Cliff took L&S across the lake for their ritual lake picnic, while I dozed on the dock. After their picnic, we kayaked to Grape City (a patch of grapevines on the bank of the lake) to pick grapes. And just like that the weekend was over.


But before I close, you know I always have something blooming.....so here you go. 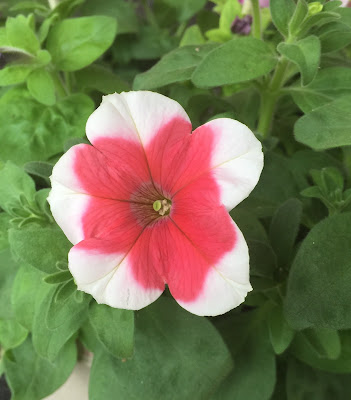 Laurie
Posted by Laurie at 9:51 AM