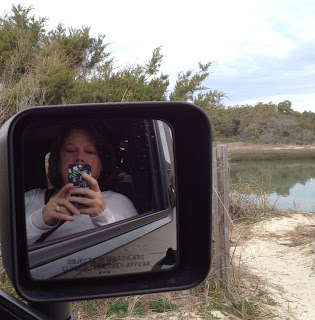 Taking pictures wherever I go...you never know when you might need them.

Well, it has been a busy week! I'm behind on my blogging. Never fear, though....this will probably do it.

A few years ago, before daddy died, he wanted a pair of combat boots like he wore when he was in the Army. So, I made it my business to try to find him a pair for Christmas that year.  I thought what better place to find them than on a military base. Whitney was at USC at the time, so I stopped by to pick her up and off to Ft. Jackson we went. I got as far as the guard house and was stopped by a strapping young soldier who informed me that I couldn't pass because I didn't have a sticker on my vehicle. "What's the sticker for", I asked. It was family day on the base and they were allowing family to come visit, BUT you had to have a sticker on your vehicle.

For some reason, I love military bases. I wish I could work on one. I wish I could live on one. And I really wish I could shop on one. But, it was not happening that day. The soldier Would.Not.Let me pass. I begged and pleaded, saying, "But, I just want to go to the PX. It's right there. I can see it."

Well, I almost thought he was gonna pull a gun on me. He made me turn around. I carry that failure with me to this day.....

I still love military bases, though.

Cliff participated in the Parris Island sprint Triathlon last weekend. So, as you can imagine, I was so danged excited to go to Parris Island! If you are not familiar with it, Parris Island is the home of the Marine Corp Base here. It is just outside of Beaufort, SC. And as the name indicates it is on a small island. I was amazed by it's Southern beauty and charm. But more amazed that they actually let us civilians on the base. I took lots of pictures, but for the sake of time, I am going to stick to the story of Cliff's Tri and just give you a few highlights. 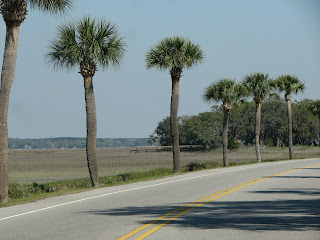 We arrived to beautiful Parris Island.... 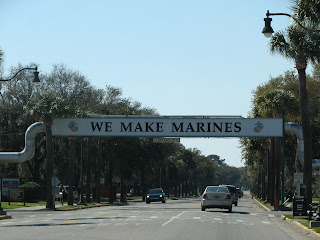 To the place where they make Marines. 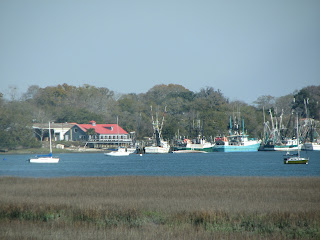 Some of the surrounding waters 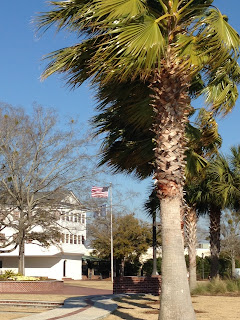 and scenes of downtown Beaufort.

The wind was really blowing. How that would factor into Cliff's Tri would remain to be seen.

***Just a side note here.....if you watch American Idol, then you know that Candice Glover is from St. Helena's Island. Just a stone's throw from here. As we walked downtown Beaufort, there were signs in all the windows showing their support for Candice. And I might add, she is one terrific singer. I don't vote anymore, but if I did, I would surely vote for her. 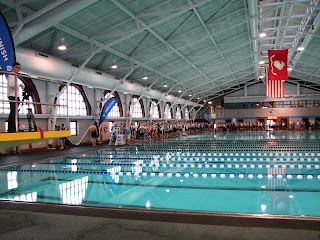 The swim start. Cliff is number 150 in line. 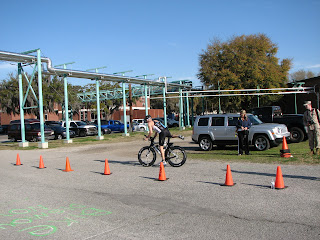 The bike start. That's Cliff. I was hooting and hollering for him. 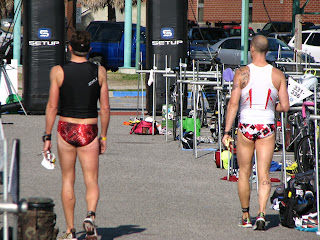 OK, I had a few minutes before Cliff got back on the bike.
So, I did what any redblood American would do. I took advantage of some of the local sights. Lovely! 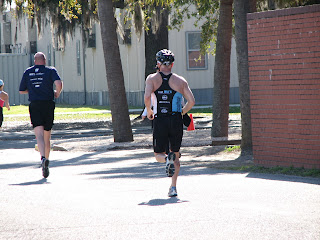 Cliff starting his run. Yes, that's his bike helmet.
He was concentrating so hard during transition that he forgot to take it off.
Some very nice people on the route let him know. Ha!
Good thing that he had to pass by our vehicle, he was able to just hoop it on top. 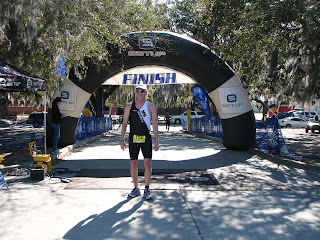 Here he is at the finish. He was freezing.
Sweat mixed with the cold winds that day didn't do it for him.
After discovering that he didn't get an award this day,
he bundled up and we ended this portion of the Parris Island trip. 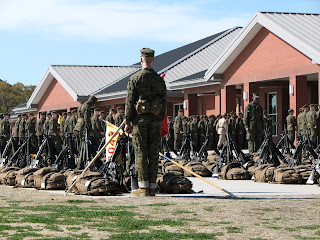 Before leaving, though, I could not let this opportunity pass
without taking a few pictures of our soldiers in training. I was so in awe of these young men.
I teared up thinking about how very soon, they could find themselves knee deep in a war somewhere. They are so young, yet so very brave! I am so proud of each and every one of them. I pray for them and their families. And, I thank each of them from the bottom of my heart for the sacrifices they lay on the line for me and my country, every single day. 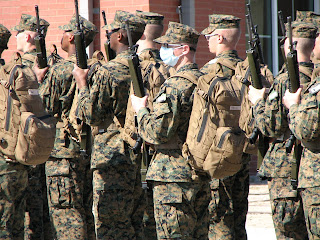 Not sure if this soldier was sick or if he has allergies to the pollen that was flying around,
but I thought it unusual to see him in a mask. 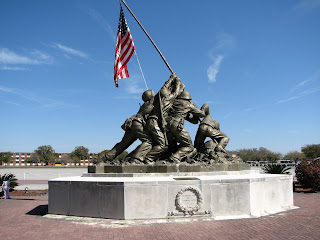 "Uncommon Valor Was A Common Virtue"
The few, the proud, the Marines!!

Oh wait, in case you were wondering what else I've been up to.....
Monday - Swam 3 laps in the pool, worked out with weights and ran 3 miles
Wednesday - Ran 4 miles
Saturday - 3 miles on the elliptical.....it was too danged cold to get out and do any running Thursday or Friday. Cliff also had a 5K today and placed 2nd in his age group.
Sunday - Today, if it stops raining long enough, I have a 3 mile (I think) training run this afternoon. with a local group of runners.

Spring is here. And although the rain puts a damper on outdoor activity, at least it's washing some of this killer pollen away. Hope you all have a great week!