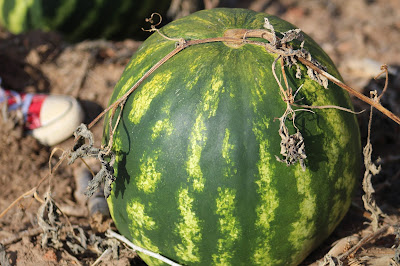 Last summer, there was a logging outfit cutting down trees on a piece of property just down the road from us. After the loggers cut all the trees down, they left an empty field....or so we thought. But as usual, once the trees are gone, weeds and plants that lay dormant for years, come to life. This field became covered in a pretty yellow flower called Birdsfoot Trefoil. It's a perennial wildflower that grows well in poor soil conditions. I'm not sure if the logging company planted them or if they just popped up from the soil being churned up. Anyway, I would ride by there and admire the flowers that bloomed for nearly a month or more, it seems. The blooms have withered and died now and all that's left are the seed pods. 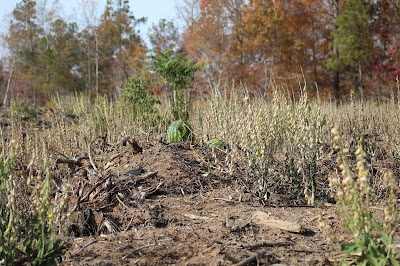 But just the other day, as I drove by, I thought I saw something that looked like a watermelon. I hit the brakes and did a double take. Sure enough, growing right there where there used to be trees, weeds, overgrowth of all sorts, and among the withering Birdsfoot Trefoil, was this big fat watermelon. 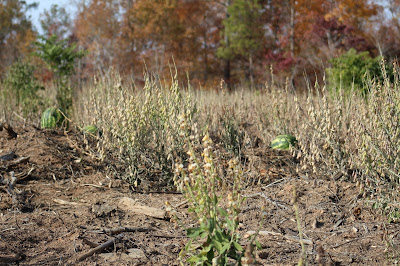 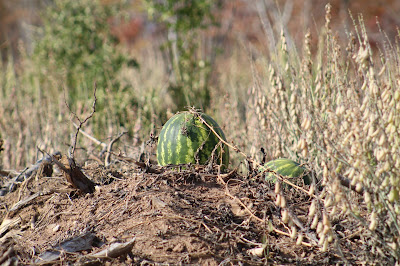 I was telling Cliff about it, so after church yesterday, we stopped to take a look. Lidia and Sawyer was with us and made a bee line straight for it. I handed Sawyer my phone to take some pictures. As it turns out, there was not just one watermelon, but five. We were planning to go on a hike through the woods at a historic Revolutionary War site in Ninety-Six.....so we went home, changed clothes and headed back to pick a watermelon to take with us on the hike. In addition to the big fat ones, there was a little baby one that Sawyer just had to have. So, we picked a fat one and the baby one to take on the hike with us. I tell ya, I'm an constantly amazed at what we find around the lake. 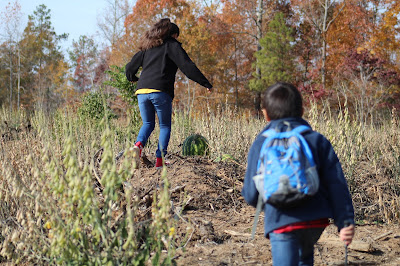 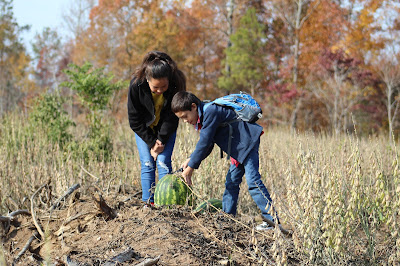 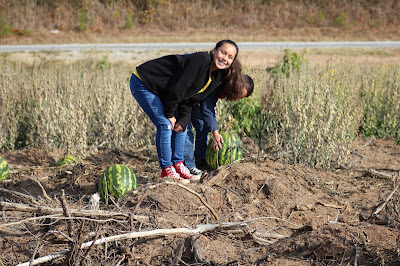 Our hike was beautiful. There are still some colorful leaves on the trees. 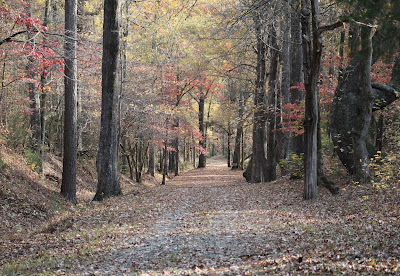 And the pond area was very nice, also. 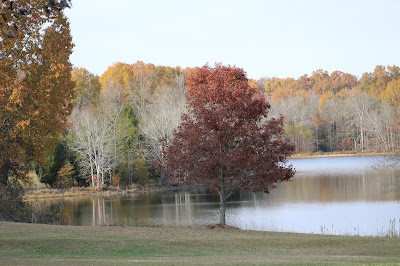 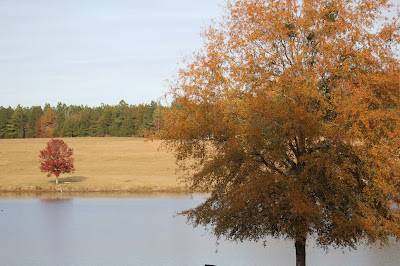 After walking for a couple of miles, we came to this picnic area and decided it was time for a snack. 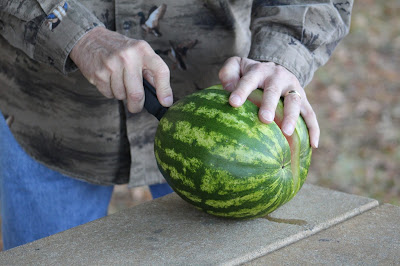 Cliff cut open the baby watermelon and we all shared it. 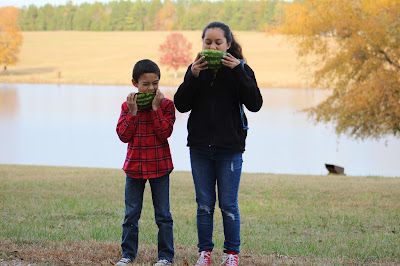 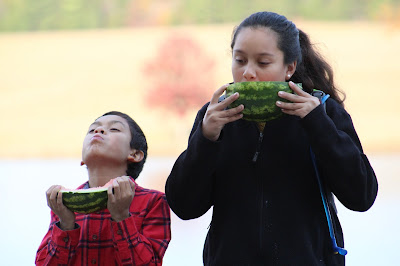