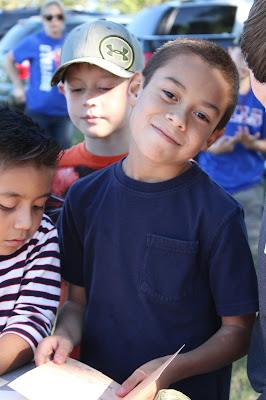 Today, October 13th, is Sawyer's birthday.
Y'all, he's ten years old! I can't believe it. If I could twinkle my nose and make him stop aging, I would. I wish he could be two, again.

Sawyer had his birthday party at a local pumpkin patch. It was a great idea. 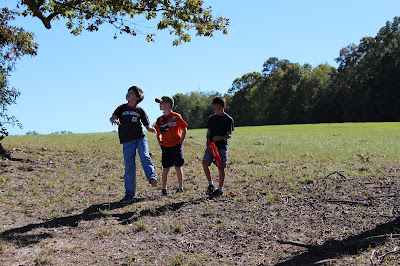 It was simple and there was plenty of wide open spaces for little boys to run around and play. 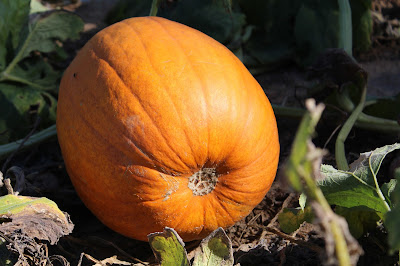 The theme revolved around pumpkins. 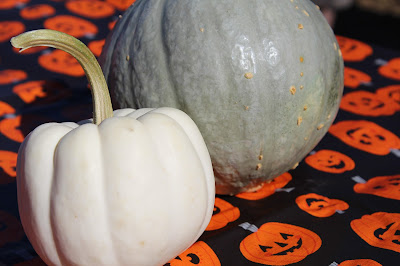 Sawyer didn't care, well.....yes he did. He want a pumpkin cake.
I just want some of those green heirloom pumpkins. 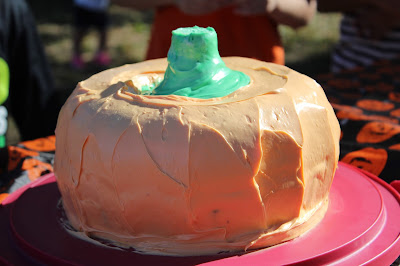 Emily made a pumpkin cake and it was super delicious. 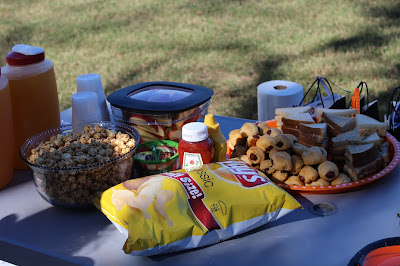 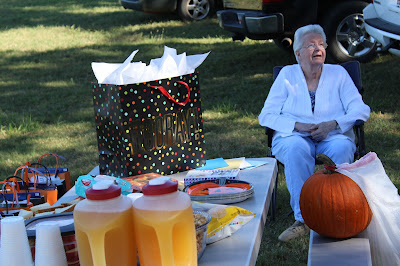 A special guest....my mama.
Known to her grandchildren and great grandchildren and the many, many kids she has babysat for over the years as Granny Pat.
She is Sawyer's great-grandmother and he was happy she could be there. 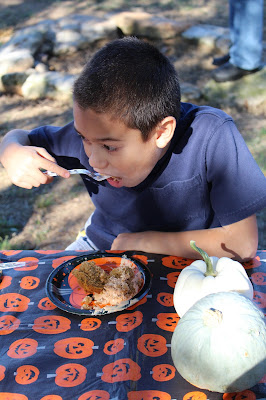 Sawyer wasted no time digging into the pumpkin birthday cake. 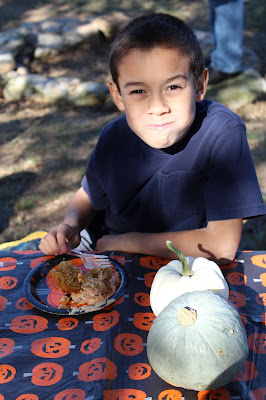 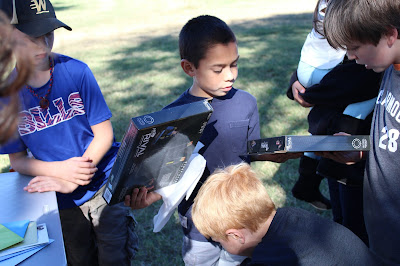 A little playing, food, cake and then it was time for the presents and cards. 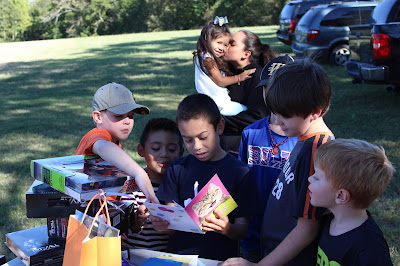 I love how all the boys were so interested in what the birthday cards said.

This next series of photos made my day. The inside story is that I tell L&S all the time that I wish they would stop growing or getting older. I wish they were still little, little and would stay that way. So....I found the perfect card. 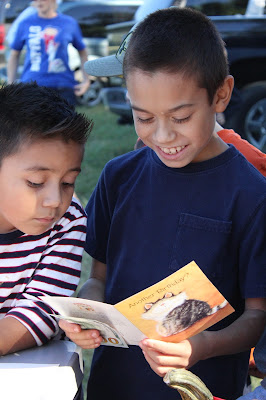 ...realizing the message was what I had been asking them all along. 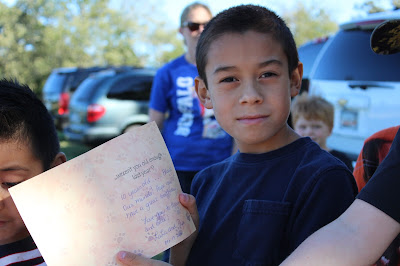 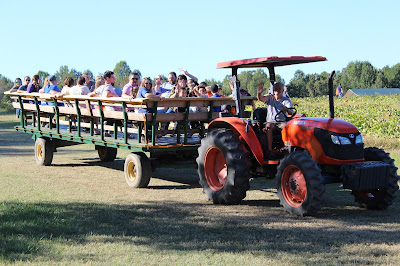 It was time for the hay ride. 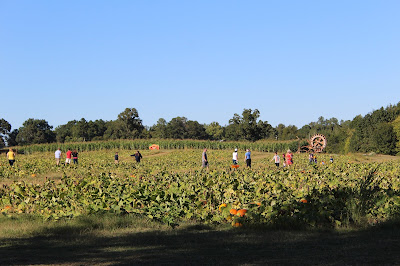 ....and corn maze. The corn maze was behind the pumpkin patch. That thing was huge, one could easily get lost in there.....and possibly panic.

And lastly, a couple of neat vignettes. 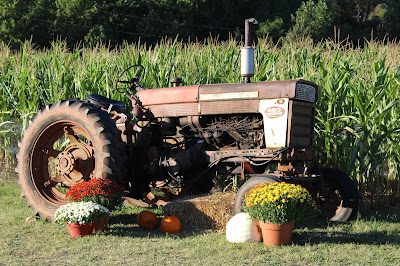 One of the owners of the farm happened to walk by just as I was taking this picture. He said that as he was driving by this spot, the tractor had a flat tire and he thought it was as good a spot as any to let it sit. Ha! Cute! And, it makes a great backdrop for fall decorations. 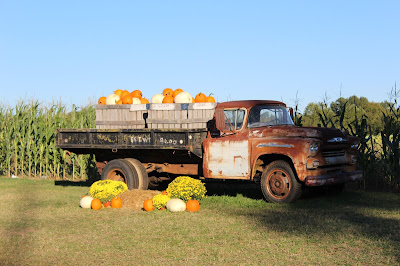 So do this old truck. Cute, cute, cute!

In closing, I would just like to say to Sawyer that as much as I want him and his sister to stay little forever and although they refuse to stop growing and getting older, that I am so proud of him and all that he has accomplished in these ten short years.

Sawyer, you are so smart and lovable, funny and quick witted. I wouldn't trade you for anything and can not imagine life without you in it.
Papi and I love you to Heaven and back!