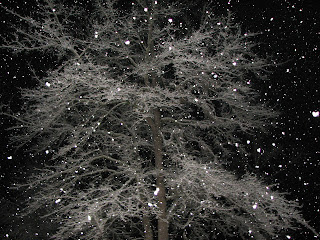 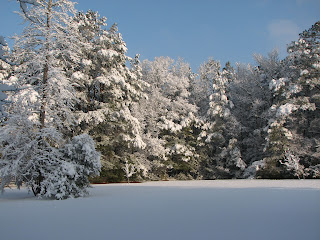 ﻿And this is what it looked like the next day.


This is going to be short, but I just had to tell ya. One liners can make a world of difference. So maybe I'll make a difference in yours.

Cliff and I are heading upstate for the weekend. Cliff has a mini triathlon so we're going to visit with my Sister-Cousin, while up there. Lord have mercy, we have a good time when we get together. It's always an adventure. I mean people fall outta boats, lose flip flops, diaper wipes and Pepsi's in the river, get chased off private property.....you just never know what's next. Can't promise what will happen this time. It's supposed to be icy weather. Probably very much unlike the pictures above. Just come on by Monday morning to see. K? Anyway, Sista is making chili and beans for dinner tonight and when she told me about it on the phone, I started cracking up.

Oh law, now Sista's not sure if she wants me to come or not. Ha!

Anyway, it's been 4 weeks since the incident and I'm still cracking up.

Christmas Eve was spent with my side of the family. We all gather at Mama's for dinner and each sister brings their signature dish. My sister, Sheran's, dish is chili.

Well, it was buffet style that night and I was ahead of Sheran in line. I stopped off by the collard green pot, then the squash casserole, next was pasta salad and mac-n-cheese. Yeah, I know it's a conglomeration. Anyway, I passed over Sheran's chili. I guess she was watching and wondering what in the world?

Sheran said: What's wrong? You don't like my chili?

Laurie said: Of course I do, but you know I've been a vegetarian for a year now and it has meat in it.


OMG! I'm laughing just typing this. Every dang time I even hear the word chili. I crack up.

Obviously, it doesn't take much.